HO Scale is one of the most popular scales, partially due to it’s size.  “HO” stands for half O, meaning it is roughly half the size of O Scale.  HO Scale is a great size to work with and can be as simple or complex as you want.  The Club currently has two HO layouts.  A 4’x’8  and a modular traveling layout.  Our Modular layout has three main lines.  Most clubs either have their layouts all DC, or all DCC.  Our layout allows operation of both.  Any mainline can be switched between DC or DCC, allowing our members to run anything that they want to.

If you’re someone new to the hobby/club and don’t have trains and still want to run trains, we have a collection of club trains that anyone can run.  The modular layout is usually shown at the fair and some train shows and the 4’x’8 is typically taken to smaller shows.  There are also a few HO modules in storage from the display in the Industrial Arts Building layout.  Update: The modular layout is being retired to a permanent display due to age and damage from going to up to 11 shows a year. We have obtained a new modular layout with smaller, easier to manage modules. This new layout is blank, and so we are starting a new layout from the table top up. It will be ready and on display at shows in the next year or two. 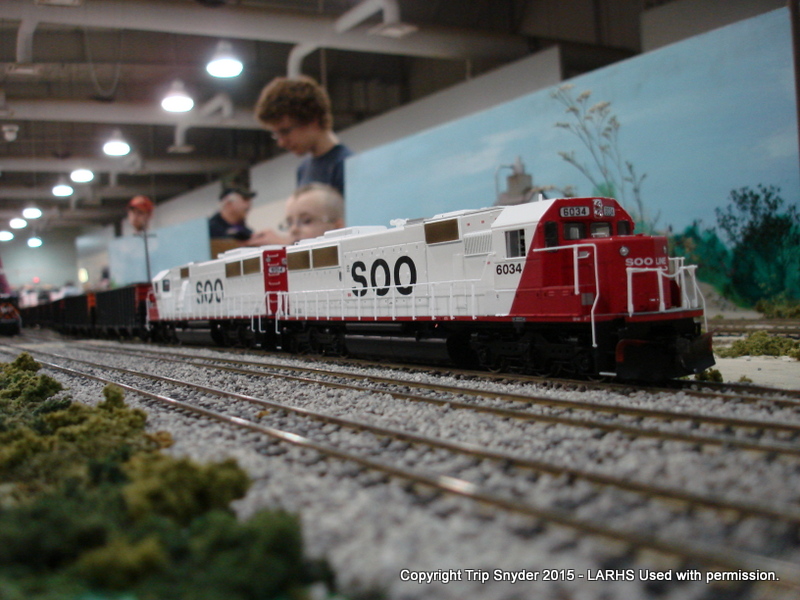 HO Scale SOO Line SD60s haul a coal train on the traveling layout. This was at our February show. 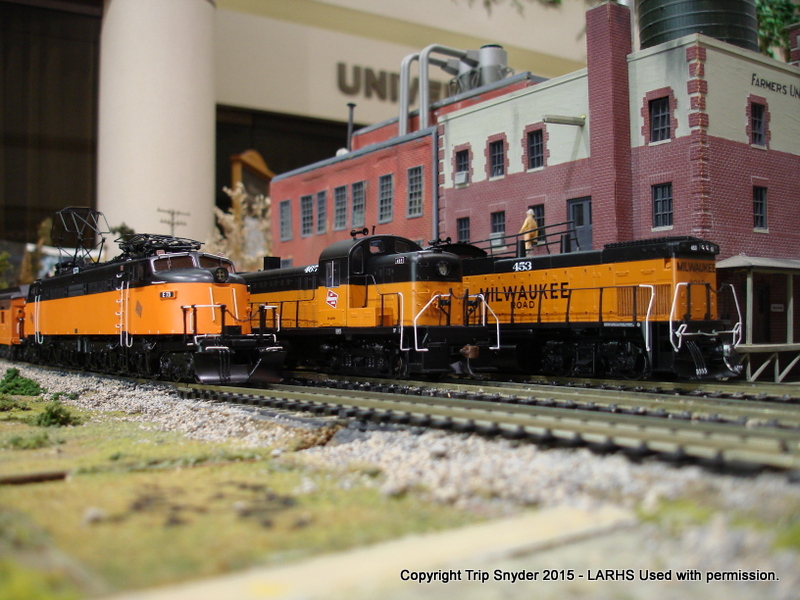 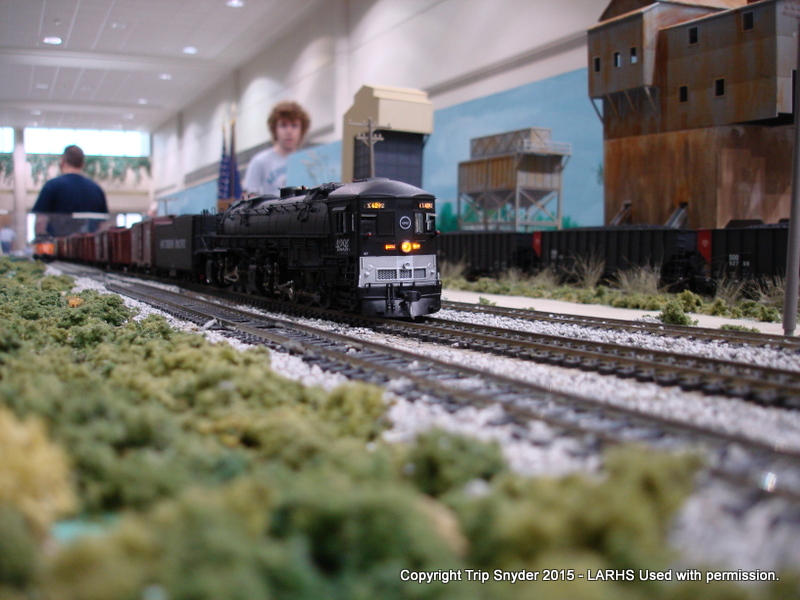 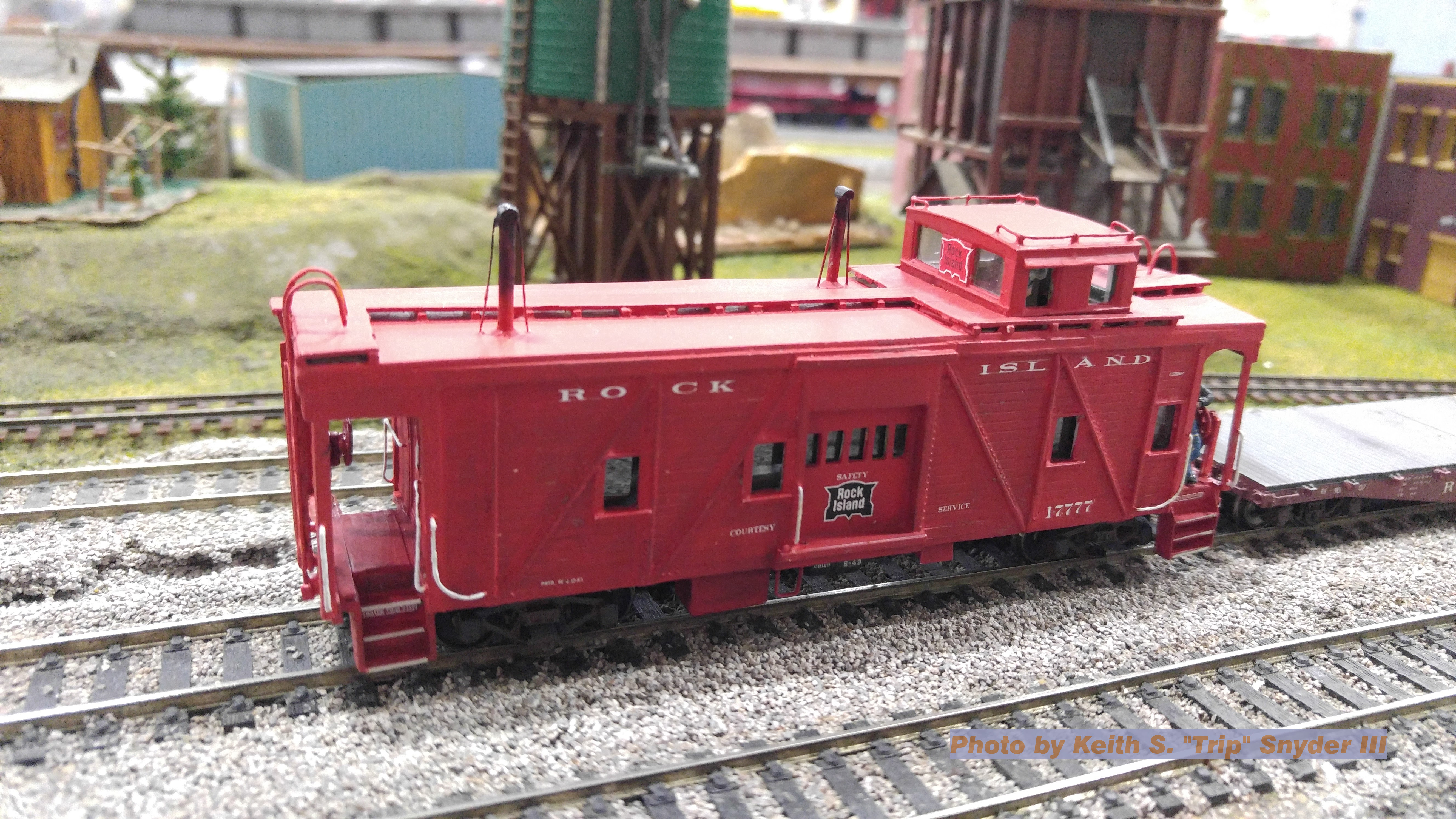 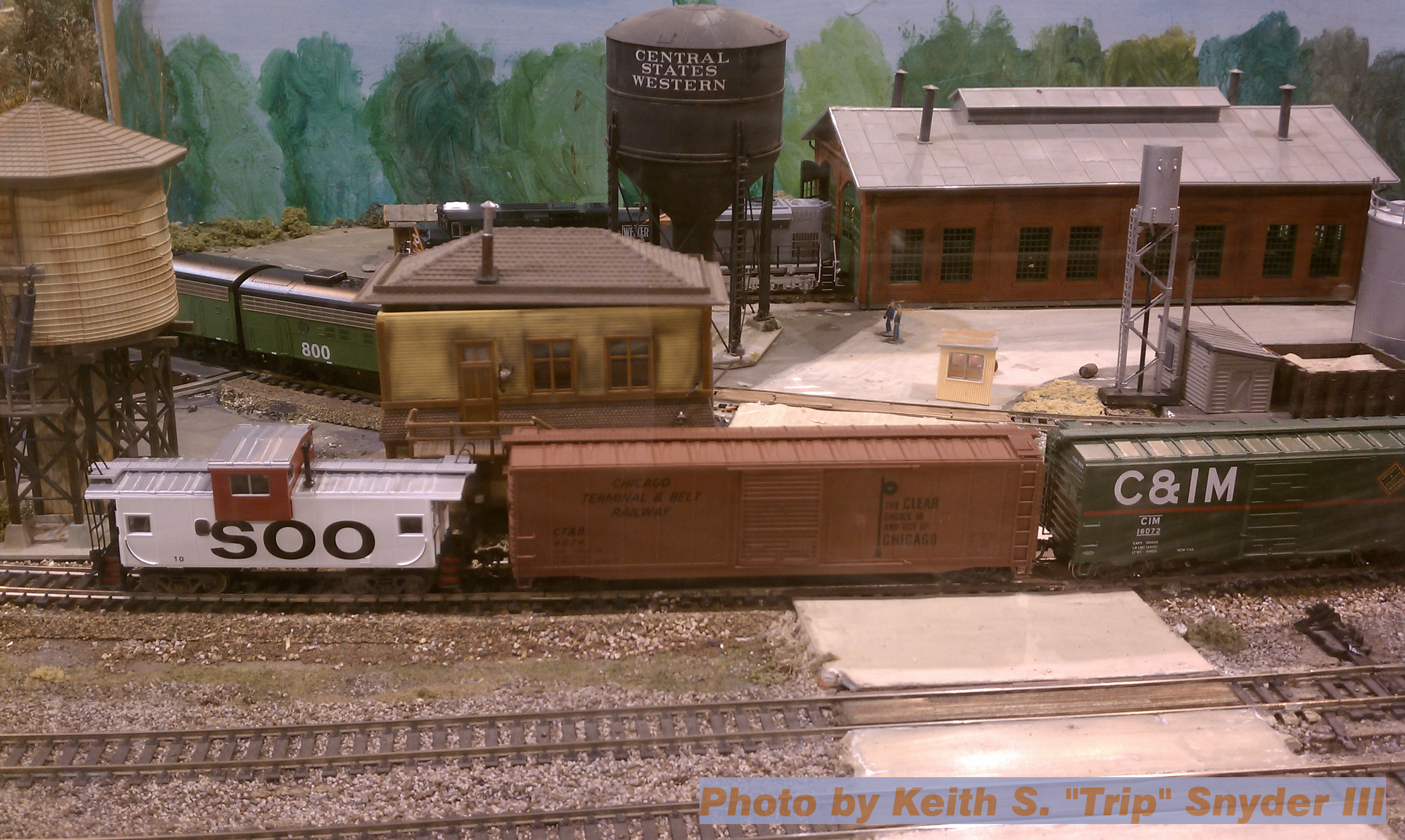